United Vs Liverpool: Five Unbelievable Records Set To Be Broken On Sunday


It's going to be a Sunday to remember in the English Premier league as United are set to take on Liverpool.

ManUtdNaijaFM takes a look at five exciting records set to be broken in this high profile encounter.


1. Liverpool forward Mo Salah has scored 49 EPL goals. Should he score against United, he would reach 50 goals in just 63 games, becoming the fastest player to reach that milestone.

2. De Gea has kept 99 Premier League clean sheets. If he keeps a clean sheet against the Merseysiders, he would attain 100 EPL clean sheets becoming the 7th goalkeeper to achieve that for a single club. Old Trafford would be a great place to hit such a milestone. 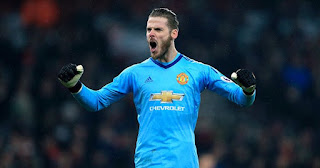 3. Ole 'Ugonna' Solskjaer could become the 10th United Manager to win his 1st clash with Liverpool. The last manager to do that was 'Oga Philosophy' Louis Van Gaal.

4. United have won 25 points in 9 games since the new boss took over. If United win or draw against Liverpool, Solskjaer would set the record for the highest number of points won by any Premier league manager in his first 10 games.
He will thus beat the current record holder Guus Hiddink who got 25 points from 10 games. 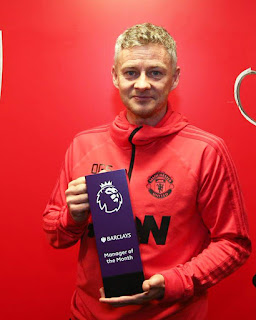 5. Liverpool are looking for a home and away win against United for the first time since 2013 after beating United 3-1 at Anfield in December.

This promises to be a super clash, a big test for Solskjaer and his team. We hope to continue from where we stopped with Chelsea.