Wednesday, September 19, 2018
Manchester United will kick off the 2018/19 champions league campaign with a head-on battle with Swiss champions Young Boys.

Here's all you need to know about this clash:

Previous clashes : This will be the 1st competitive meeting between both sides. However, we played two friendlies in 1958/59 winning 3-0 at Old Trafford and losing 0-2 away from home.

1. Our 'Striker-In-Chief' Romelu Timaya Lukaku has scored 5 goals against Young Boys while playing for Everton......'Oga'(Sir) Lukaku, you can do it again. 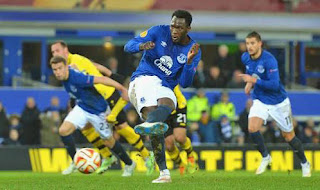 3. Young Boys have only won just  one of their six encounters with English sides.......We shall not be number two....'Tufiakwa'(No way!)

OPINION POLL:
What do you think of  United's chances in the champions league this season?