Sunday, August 19, 2018
After 36 long years of failing to beat Brighton Hove Albion at the Amex stadium, United made another effort and ended up with one of the most woeful performances of the José Mourinho era as they were mercilessly beaten 3-1 (sorry 3-2.....I forgot we scored in injury time).

Here are five (5) matters arising from this defeat. 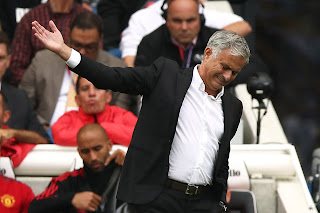 1. IT WAS UNITED VS BRIGHTON 'MUNICH'.
It was unbelievable that United were not only beaten, but outclassed and outplayed by a team that did not have a single goal attempt/shot on target against Watford last weekend. 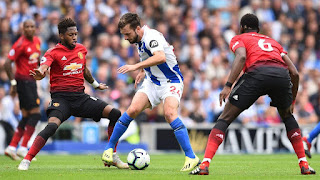 Brighton looked fantastic, defending well and looking dangerous on the attack. United made them look like 'Brighton-Munich. ....Infact, #NaDemDeRushUs.

2. SUNDAY AWARD NITE
It appears the Sunday evening clash was an award ceremony for Brighton. Glenn Murray was allowed his 1st ever goal against Manchester United, Duffy (scorer of the 2nd goal) was gifted his 1st ever Premier league goal. 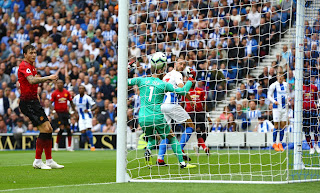 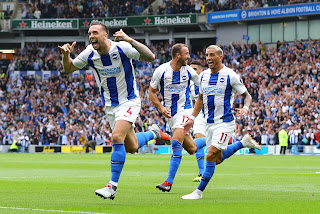 To add 'Palm wine to the Pepper soup', Brighton recorded their highest ever win against Manchester United!!

3. BAILLY-LINDELOF 'COLLABO'
United's defensive pair for the evening were simply unbelievable. The defending was jaw-dropping. The mistakes were embarrassing.

United's defensive weakness was once again exposed today; the absence of a defensive leader. After Ferdinand/Vidic, we have had none. Who do we look to?

4. NO ATTACKING PLAN
Though United conceded 3 goals courtesy defensive blunders, it was not enough excuse for losing. Each time United had the ball, one thing was clear- there was no plan on how to score. Chances were scarce. 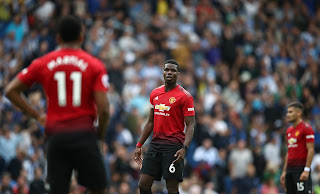 United's play today reminded me of the popular Naija style of play called 'Anywhere bele face'. At 75 minutes, United had only got one shot on target!!

5. MARTIAL BLEW IT AGAIN
With Alexis Sanchez out of the squad, Anthony 'Ikechukwu' Martial had the chance to seize the moment.

He started off in a dazzling form in the 1st 10 minutes and then disappeared afterwards. His initial dazzle turned out to be 'initial gra-gra'. He did have poor supply from the midfield, but he should have done better.

IN THE END,  the overall performance was a bitter pill to swallow on a Sunday evening...
Not a good way to start the season, and not a good time to lose.

UP NEXT, Tottenham; Same time, same station, next week.

OPINION POLL
Who is to blame, Mourinho's tactics or the players' performance? Let's have your comments.