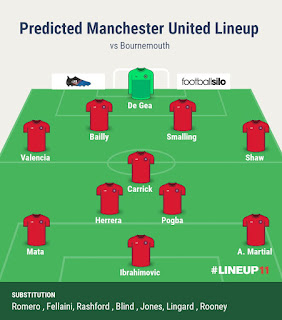 In the pre-match conference held by Jose "Uchenna" Mourinho, he confirmed
what Manchester United fans all over the world have been longing to hear; LUKE SHAW IS BACK and set to play a big role in the match tomorrow, alongside Wayne Rooney. It is hoped that our 'Shaw boy' will come back with a 'Lucozade' spirit to fight to make that problematic left back spot his own.

The boss also confirmed that the match has come too soon for  Henrikh Mhkhitaryan, despite the Armenian training with the team on Friday. Bastian Schweinsteiger also has a minor issue which also rules him out of contention.

OPINION POLL: How much of a part should Wayne Rooney play?? Preferable from the bench or to start??

Should Zlatan be given a rest due to the upcoming war we have ahead against the president of our "bad belle" club Chelsea?

Who should be paired alongside Bailly in the centre of defence?